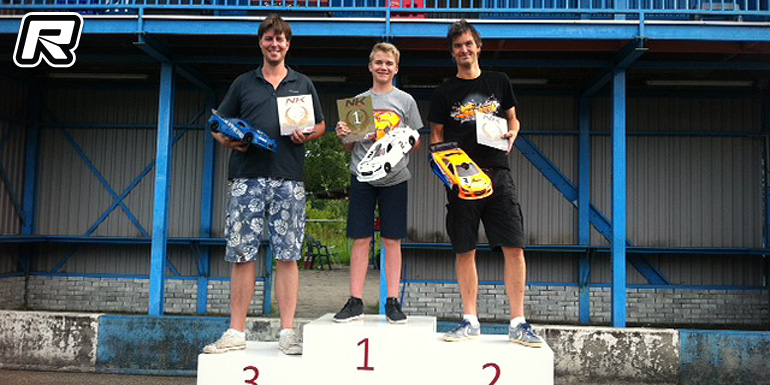 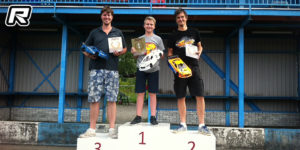 Round five of the Dutch 1/10th 200m Nitro On-road Nationals was held in Utrecht over the weekend. The event started out on a wet track due to rain early in the morning but it would dry up later and the race would be held on a dry track. After the three rounds of qualifying Pedro Rombouts took the NK class TQ from Milan Holthuis and Julius Kloff and in the first of the two 20-minute A-mains it was Milan Holthuis (Capricorn) who came out fastest from Roy Bakker (Shepherd) while the second main was won by Julius Kloff (Serpent). Overall, Milan would walk away with the day’s win due to Julius’ third place in A1. Roy Bakker completed the podium result in third. With Daan Jacobs, who was absent from round five due to being on holiday and who already scored enough points to take the championship, the sixth round will see the fight for the remaining podium spots.

Thanks to Mark Holthuis for the report.